Fay
Rugby, Warwickshire, United Kingdom
I am a mother of five children, four daughters all born in hospital (two now grown up!) and my son, born at home. One thing I know is that I would have had much more positive birth experiences if I had been well informed and well supported. Many women are feeling the same way and are seeking out the extra care a Doula can give them. I have been a Birth and Postnatal Doula for several years now, and am also a Lamaze Childbirth Educator providing 1-1 classes in antenatal preparation and baby care. I have special classes to help parents prepare for twins, homebirth, waterbirth, and parenting a new baby/babies. I am also a qualified antenatal teacher with the NCT and facilitate group classes in the Rugby/Coventry area. As a single mother I have an affinity with the special challenges of one parent families, or families where one partner is unavailable much of the time to offer support. 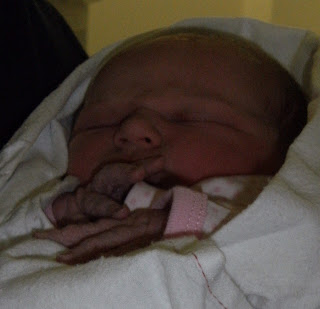 A lovely article written for a magazine...

When Jenny Winser had her first baby, she knew a little about doulas: enough that is to know that she didn’t need one. Jenny tells us here why she changed her mind and how, after a difficult first pregnancy, doula Fay Thomson helped her to have a really positive birth experience the second time around.

I emailed Fay 3½ months into my pregnancy after suffering severe sickness and feeling really depressed about things - I just wanted someone to talk to other than family. In the main, my issue was a feeling of being disconnected from the child I was carrying. I am sure most women who are expecting their second child worry about having enough love for two children but for me it was more than that. I had an extremely difficult first pregnancy and nearly lost the baby on a number of occasions. Because of this I was extremely protective of my son early on. Whilst I was suffering severe sickness with this pregnancy, it was not in danger and so for me the protection instinct wasn’t so strong. Having previously been told it was medically unlikely that I would have any more children, I had focussed on the benefits of having an only child which increased my worries about bonding and of suffering from post-natal depression.


Birth Preparation
After meeting Fay I knew I had made a good decision. She was reassuring and supportive to both me and my partner. We talked through my previous birth experience and my fears for the birth. We talked about how my partner felt during the birth of our son and what role he wanted to play this time. We talked about breastfeeding which did not happen with my son due to problems during his birth and my confidence at the time. I would not have breastfed this time around if it wasn’t for Fay. Fay also introduced me to hypno birthing techniques through a CD which I was really sceptical about at first but actually worked to give me a really positive birth experience. Fay was also at the end of the phone at any time throughout the pregnancy.


The Birth
On the days leading up to the birth I contacted Fay on a regular basis with updates. I went into labour 5 days late feeling ready to face it. I don’t really know when my Braxton Hicks transferred to true labour and I genuinely believe this was because I was able to remain calm thanks to my birth preparation. In the early hours my partner called Fay and she came to the house where we prepared to go to hospital. It was reassuring to have someone with us who knew the hospital procedures and who could help my partner keep calm. It felt nice to know that there was someone there for him so that he could be there for me without being too stressed. After being at the hospital for less than 3 hours my beautiful baby girl Ella Grace Rose was born. Fay was there the whole time and helped me control my breathing which resulted in a really positive birth experience. Shortly after delivery Ella attached to the breast and was able to feed.

To those that worry about sharing the intimacy of birth with a stranger I would say firstly a doula is not a stranger. By the time I gave birth, both I and my partner had built a strong relationship with Fay. Secondly, a doula is not a physically intimate role - they are there for emotional and/or practical support. My partner certainly felt the benefit of this support which cannot be given by hospital staff in the same way.


Back at Home
Once at home Fay continued to provide me with support on breastfeeding and by just coming round in the mornings for an hour while I had a bath. I did bond with my beautiful daughter but did still feel vulnerable after the birth so it was nice to have someone checking in on me. The only downside I can think of with having a Doula is saying goodbye. Fay has to go on to help other women and she has her own family to look after but I do hope that we don’t lose touch and that I have made a friend. I will certainly tell my daughter about the special person that was there on her journey into the world.

http://www.toddleabout.co.uk/articles/misc/doula.php
Posted by Fay at 10:13 No comments: 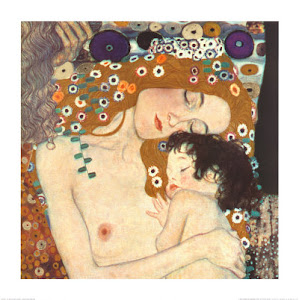